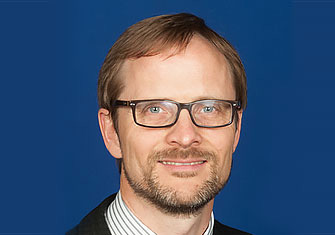 Joshua B. Powers, PhD, a prolific scholar in the area of higher education leadership with a strong record of developing and implementing programs that foster student success and enhancing campus diversity, has been appointed as provost and senior vice president for academic affairs at William Paterson University in Wayne, New Jersey following a national search.

In addition to his role as provost and senior vice president for academic affairs, Powers will be appointed professor in the Department of Educational Leadership and Professional Studies in the University’s College of Education. He will join William Paterson on July 8, 2019.

Powers, who currently serves as an administrative fellow for the Vermont State Colleges System, previously held multiple positions at Indiana State University in Terre Haute, including associate vice president for academic affairs (2012-2018),  interim associate vice president for inclusive excellence (2016-2017), special assistant to the provost for academic initiatives (2010-2012), chair of the Department of Educational Leadership, Administration and Foundations (2006-2010), program coordinator for higher education leadership (2002-2007), and director of the Office of Educational Research and Evaluation (2003-2006). He is a professor of higher education leadership at Indiana State University in Terre Haute.

“Dr. Powers’ impressive career has focused on student success, which is our number one goal. His work as a department chair, and associate vice president for academic affairs coupled with his experience in student development, gives him a breadth of experience needed to work collaboratively with faculty, chairs, deans and the Cabinet to help us meet our strategic goals,” says Richard J. Helldobler, president of William Paterson University. “His commitment to enhancing diversity will help guide our work to close the achievement gap for our diverse student body. His scholarship attests to a broad understanding of the national landscape of higher education.”

“I am very excited to join the William Paterson University community as its next provost and senior vice president for academic affairs, and to support its mission and commitment to student success,” says Powers. “I look forward to collaborating with campus and community stakeholders, together with President Helldobler, as we move the institution forward.”

He served as an American Council on Education (ACE) Fellow in the Office of the President at the University of Vermont (2010) and Wright State University (2009) and has served as core faculty for ACE’s Leadership Academy for department chairs.

Powers has been the recipient of numerous external grants, including funding from 11 national public and private agencies, totaling $4.63 million. He has received funds to support student success-related research, accelerating college completion, and preparing and recruiting underrepresented teachers for public schools, among others.

He holds a PhD in higher education and organizational behavior and MS in college student personnel administration from Indiana University-Bloomington, and a BA in economics from the University of Vermont.