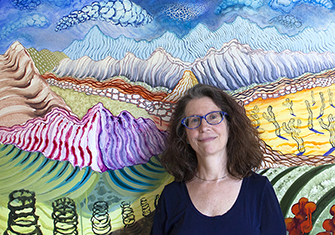 Lily Prince, a William Paterson University professor of art in the College of the Arts and Communication, has been awarded the highly prestigious international Pollock-Krasner grant award for her lifelong commitment and achievements in the field of painting.

Prince’s abstract landscape paintings are considered by art professionals to be unique and significant in their contribution to the world of contemporary painting. She was among 121 artists and not-for-profit organization award recipients announced for the 2019-2020 grant cycle.

The award is determined by distinguished jurors who serve anonymously on the committee of selection, which reviews applicants’ submissions and advises on artistic merit. The committee is composed of museum officials, artists, patrons, and critics, and demonstrates a cross-cultural expertise in judging contemporary art from all over the world. 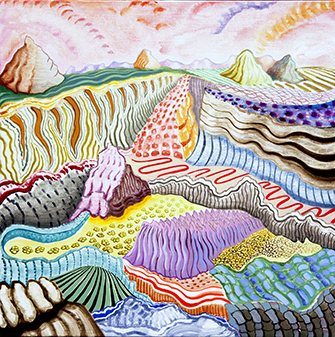 Prince has exhibited widely, both nationally and internationally, and has been awarded numerous commissions that include the New York City Department of Cultural Affairs. Prince’s works can be seen with prestigious galleries, where she has had solo exhibitions, including Littlejohn Contemporary, New York City; Thompson Giroux Gallery; Chatham, NY; Cross Contemporary in Saugerties, NY; as well as in Pierogi Gallery’s Flatfile’s, NY, NY.

Prince served as artist-in-residence at the Olana New York State Historic Site and has been awarded artist residencies at Draftsmen’s Congress at The New Museum, New York; BAU Institute, Italy; and Galerie Huit, Arles, France. Her work has appeared in The New York Times, New York magazine, The Brooklyn Rail, and New American Paintings, among numerous others. Prince created all the visual art for two books, by author Richard Klin, Abstract Expressionism For Beginners (For Beginners Books, 2016) and Something To Say: Thoughts on Art and Politics in America (Leapfrog Press, 2011). Her works can be viewed at www.lilyprince.com. Shown at right: American Beauty,14 20x20, acrylic on canvas, 2020