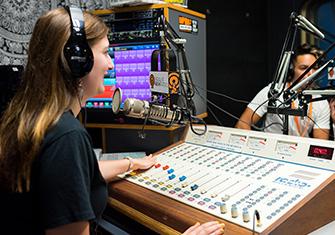 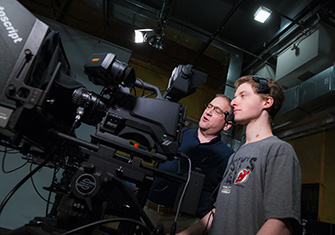 “We are honored to be nominated in all of these categories in what is a very competitive contest,” says Rob Taylor, WPSC’s general manager and an adjunct professor of communication, who notes that Brave New Radio has been nominated for the Best College Radio Station award 11 times over.  “These nominations recognize the dedication, knowledge and expertise of Brave New Radio’s students and the real-world, hands-on experience offered to students that allows them to excel to professional levels. I am so excited for them and their accomplishments.”

"We are excited to celebrate the achievement of our students," adds Al Clarke, WPTV-6 advisor and adjunct professor of communication. "Year after year, the IBS recognizes the outstanding work our students are producing. It is a testament to the quality of our programs and the faculty and staff that support them."

IBS has supported student media since 1940 and honors the works of students and stations in the United States and broad. This year's award winners will be announced at the Annual IBS Conference in New York City in February 2023.